Gold has a long history of being used as payment for goods and services, as an alternative to direct bartering. Gold has also been a popular choice for storing and transporting wealth. Later, gold was used as backing when paper money was introduced. 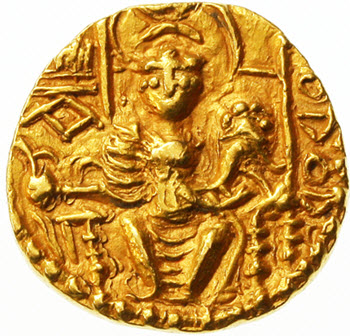 The earliest known gold coins were produced in the Iron Age kingdom Lydia around 610 B.C. Lydia was located in western Asia Minor, in today´s Turkey.

In Eastern Asia, the square gold coin Ying Yuan was procuded by the ancient Chinese state Chu from the 6th or 5th century B.C.

The oldest gold coin that we know of from antiquity is one that meassures 58 mm oand weighs almost 170 grams. It was produced when Eucratides I (171-145 B.C.) ruled the ancient Hellenistic state Ai-Khanoum.

Gold as backing for currency

Gold certificates that could be converted into gold at the issuing bank, and bills that matured into gold, was the origin of the gold standard money that most industrialized economies switched to in the 1800s.

Several of the countries involved in World War I moved to fractional gold standards to finance the war effort, and only some of them restored the gold-convertibility afterwards. One notable example of a country that fully restored the convertibility is Great Britian.

After World War II, the old gold-standard systems were largely replaced by nominally convertible currencies through the Bretton Woods system. Nowadays, most currencies are fiat currencies. Since 1971, the United States has refused to redeem its dollars in gold.

Notably, Switzerland kept its currency partly tied to gold (40% of the value was back by gold) until they joined the International Monetary Fund in 1999. 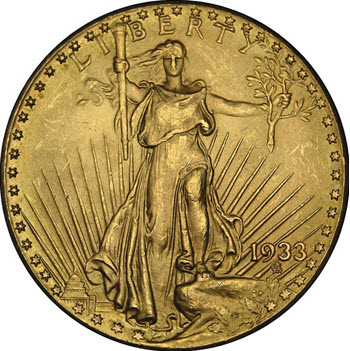 Gold buillion coins are still being produced, although chiefly for investors and collectors – they are not intended to be used as everyday currency.

A bullion coin is typically marked in a way that will let you know its weight/mass and fineness (how pure it is). They are usually multiples or fractions of 1 troy ounce, but bullions made using grams or kilograms also exists.

Buying a gold bullion coin tend to be a bit more expensive than the price of gold on the commodities exchanges. There are costs associated with manufacturing bullions, storing them and distributing them. Naturally, in the end, the cost of a bullion is hugely impacted by the forces of demand and supply.

The ISO currency code for gold bullions is XAU.

The UK definition of investment coins

The United Kingdom defines investment coins as coins that fulfill all of the following requirements: