Placer gold mining is when you extract gold from an existing or ancient stream bed. Such gold deposit is known as alluvial deposits. Placering gold mining can be open-pit or require excavation.

Before the modern era, placer gold mining accounted for a very significant part the extracted gold in the world. The Romans developed advanced hydraulic solutions for large-scale placer gold mining and set up mines across their empire, including the famous goldfields of northern Spain. The most important placer gold mine in the Roman Empire was Lad Médulas in the province of León, Spain, where 30 mile long aqueducts were used to work the alluvial gold deposits. Today, the mining landscape is an UNESCO World Heritage Site.

Placer gold mining is definitely not a thing that stopped after antiquity. It is still carried out in places such as Yukon and British Columbia today, and it was very common during many of the great gold rushes of the 19th century, such as the California Gold Rush, the Colorado Gold Rush and the Klondike Gold Rush. 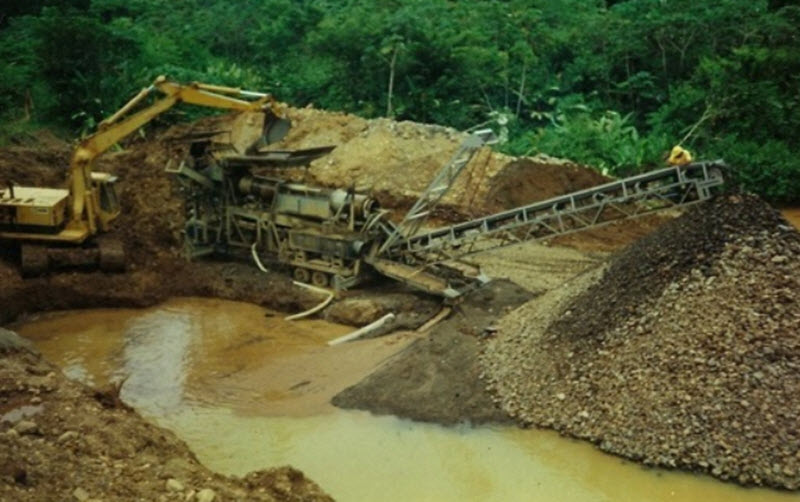 Why is it called placer?

In Spanish, placer means shoal or alluvial/sand deposit. It comes from the Catalan word placer, which means shoal, and is related to the Medieval Latin word placea which simply means place.

Gold is comparatively dense. It can be carried by the water for long distances, but have tendency to fall down and accumulate in spots where the stream become less vigorous. Therefore, areas of a stream that are protected from the stronger flow of water tend to be the best spots to look for gold. Of course, stream can change it´s course over time, leaving gold deposited in previously still spots, and this is something that gold-seekers need to take into account.

Typically, the residual gold lies at the site of the lode. Residual placer deposits have not been washed away or moved yet. This type of gold deposits are especially common where there has been weathering on rocks and there hasn´t been water.

On higher slopes that drain into valleys, you could be lucky enough to find bench gold placer deposits. Bench = dry stream bed. It is important to understand that benches can be situated quite far from current water sources, and they have even been found on mountain tops.

A number of different methods are employed to extract gold from placer deposits. Gold-seekers can for instance use pans, rocker boxes (”cradles”), sluice boxes, drywashers, trommels, and gold-dredges. In places with permafrost, such as Alaska, gold placer deposits can be mined underground.